Home » Blog » SD-WAN » What Are SD-WAN Benefits Over MPLs?

What Are SD-WAN Benefits Over MPLs? 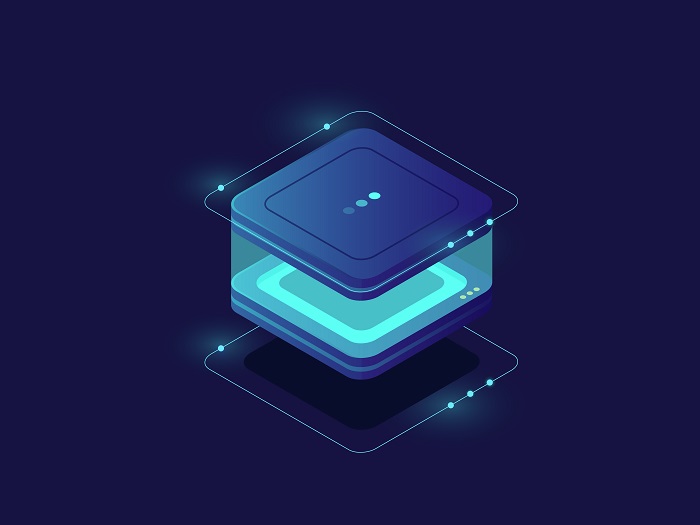 How does SD-WAN technology work?

Simply SD-WANs are establishing encrypted tunnels between sites. As it works like this, every device has sd-wan technology.

As soon as one device links to a  local network, those devices automatically download custom-defined computing and traffic policies and then provide some tunnels with one or another point of presence, depending on the architecture.

The sd-wan manages routing and traffic control. Outbound traffic is routing along the optimum path based on application policies and real-time traffic conditions.

Should one last-mile connection fail, the sd-wan device automatically fails over to the alternative bond, using pre-configured systems to manage the traffic load?

As such, policy-based management is a vital component of an sd-wan. The policy is used to determine dynamic path selection and will steer traffic based upon the level of priority, such as quality of service.

Numerous systems can define to meet specific business needs, such as granting packet transmission priority for VOIP and other interactive services to improve performance.

Based on a recent uptime institute report, network failures trail only power outages due to downtime. The data also propose that complete “2N” dismissal is also an excellent way to reduce downtime risk.

This routine would pop up a question that “how can sd-wan deliver the same reliability and redundancy as Mpls when it uses the public internet?”. The answer would be:sd-wan plus public Internet alone can not; there is a need to have a private backbone.

The cloud-native approach to sd-wan not only matches Mpls reliability across the middle-mile, but it also offers better redundancy in the last mile. Mpls provides limited active-passive redundancy in the previous mile management (ILLM).

Keep reading and for more detail, look at the example to know why active-active redundancy and ILLM are essential.

What are SD-WAN benefits over MPLS?

In 2019, sd-wan secured its position by following lots of enterprises replacing their old networking with sd-wan. Market adoption is overgrowing, and many experts declared a winner in this battle.

For instance, network world called 2018 the year of sd-wan, and before the end of Q3 2018, Gartner announced sd-wan is killing Mpls.

So here is the question, what is the reason for all the excitement around sd-wan? It is more cost-effective and operationally agile than Mpls. So sd-wan reduces CAPEX and OPEX while also simplifying WAN management and scalability.

However, if a company doesn’t drill down beyond high-level conclusions, it can be hard to evaluate how sub-standing sd-wan is for the business. The following is about the five most essential elements of using sd-wan and explaining shy IT expertise like see sd-wan to forward for the enterprises.

Efficient in lowering the cost

Everything is about numbers and costs. and the main benefit of SD-WAN over MPLS is cost.  Mpls bandwidth is expensive on a dollar every bit; however, it is significantly higher than available internet bandwidth. Calculating how much more costly it would depend on several variables, reasons.

However, the expense of MPLS isn’t just because of the higher bandwidth cost. Provisioning an Mpls link is often time-consuming, while generally, a comparable sd-wan deployment complete in days. A famous quote says,” in business, time is money,” and removing the WAN as a bottleneck can be a substantial competitive advantage.

The cost difference between MPLS and SD-WAN is dependent on the network of the business.

For a long time, MPLS was the king in enterprise WAN before the cloud had a chance to compete, then devices and smartphones change everything. There was a revolution in the tech world, and cloud and mobile become mainstream.

MPLS is very reliable in routing traffic between 2 locations, but it isn’t good enough to meet the cloud and mobile demands. With MPLS, enterprises have to work with the “trombone effect.” An MPLS-based WAN has to backhaul Internet-bound traffic routes to a corporate data center inefficiently.

This action series places a drag on network performance and can hurt modern services like UCaaS and video conferencing. As sd-wan enables policy-based routing and allows enterprises to leverage the best transport method for the job, this means no more effect and improvement for mobile users and cloud services.

In addition to solving the “trombone routing’ problem, sd-wan is a game-changer for last-mile performance.

The same capability to leverage different transport methods activated a more advanced approach to link-bonding that can significantly improve last-mile resilience and availability.

Advantages of the cloud-based

Cloud-based sd-wan overcome one of the significant sd-wan objections; MPLS proponents have put forth. However, cloud-based sd-wan offers a more cost-effective and operationally-efficient alternative. Furthermore, this private backbone solves another problem that other sd-wan solutions can not: latency across the globe.

For international companies that must send traffic halfway across the world, routing WAN over the public Internet alone can significantly latency. In the past, this would mean facing MPLS’s operational and dollar-cost become worth it.

In the past, the discussion brought up that lack of SLAs meant sd-wan solutions were not ready for showing at the enterprise level. However, with cloud-based sd-wan, enterprises get all the advantages of sd-wan and an integrated security stack and an SLA-backed private backbone supported by Tier-1 ISPs worldwide.

Sd-wan is a new technology in its territory, and Mpls has no chance to compete with it. Basically, Mpls was not designed with agility in mind.

On the other hand, sd-wan intentionally creates to enable maximum agility, skill, and flexibility. and it might sound like another benefit of SD-WAN over MPLS.

When it comes to uptime, dismissal and failover are the names of the game. While MPLS is famous for being reliable, it isn’t perfect, and failing is possible.

Redundancy at the MPLS provider level is costly and hard to implant. SD-WAN makes leveraging, which helps reduce single points of failure.

If the fiber link from one ISP is down, it is possible to fail to connect from another provider. so in reliability SD-WAN has more benefits over Mpls.

Mpls has a well-preserved reputation for reliability in the middle-mile. Mpls suppliers have a robust infrastructure capable of delivering the reliability enterprises demand from their wan. Reliability is usually used as justifications for the high price of Mpls bandwidth.

However, practically, the Mpls circuit’s cost makes delivering the same reliability level in the last-mile challenging. Mpls connectivity’s expense puts redundant circuits out of reach for many enterprises, and without redundant circuits, sites are susceptible to last-mile outages. Tales of construction crew cutting through wires and causing downtime are well-known.

Even with unessential circuits, sites remain susceptible to carrier outages, as evidenced by last year’s CenturyLink outage. A single faulty network card caused the disruption. Protecting against those types of failures in the previous mile all but requires dual-homing connections across the diversely routed path to separate providers.

A further entire global network of PoPs and the customer has self-service management capabilities, troubleshooting and responding to agility issues is never a problem.

The ability to provide built-in-active redundancy from traditional Mpls is different; Mpls doesn’t provide active-active redundancy per sec. In the best condition, the user would optimize the dual path and add load-balancing to distribute traffic loads.

Practically, Mpls last-mile redundancy has been active-passive with failover between circuits router or DNS convergence; this means that failover takes too long to sustain active sessions for many services like VoIP, teleconferencing, and video streaming.

With the cloud, active-passive redundancy is an option, but active-active redundancy is also possible. That is why sd-wan software enables load-balancing for active-active link usage. As a result, last-mile “failover” is seamless since both transport ways are in use. The effect is to reduce downtime and optimize application performance.

benefits of SD-WAN over Mpls

Difference between DSL and fiber optic internet
May 19, 2021 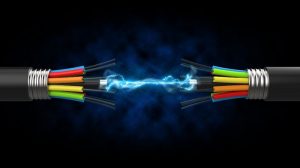 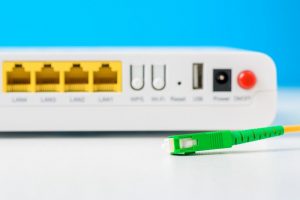 Do you need a modem and router for fiber optic internet?
May 5, 2021

What Is Symmetrical Internet?
April 26, 2021
With our solutions helping
you to save money
Want to see how We can
help you?
Let's Talk
(800) 211-6155
Chat Now
By clicking “Submit” you agree to our privacy policy.